There’s a stage-sheep living in my house. 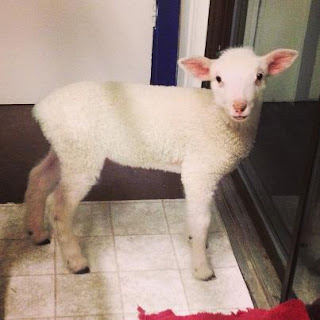 Her name is Little Edie. And yes, before you ask, she was named after Little Edie from “Grey Gardens”: the obvious choice.

And so the year of the sheep continues with this beautiful little addition to the Boston Street Beeman Family.

I’ve recently began working with William Berloni, the original Sandy trainer for “Annie”, who has created a career around humanely integrating animals onto stage creations. Bill rescues all of the animals he works with: the true example of second chances. Be sure to check out his website to see all the shows he's been a part of plus all the animals he's worked with! http://www.theatricalanimals.com/

As for Edie, this is her big stage debut! At 3 weeks old, I’d say we’re giving Mama Rose a run for her money... We’re part of Long Wharf Theater’s production of “Curse of the Starving Class” by Sam Shepard, which specifically calls for a live lamb onstage for two scenes of the play. The whole cast and crew is in love with Edie, and she knows it. #DIVA 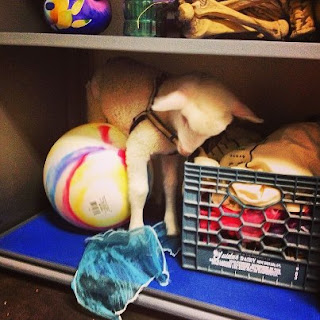 Do you train a lamb? Ummm... Well, you make a lamb comfortable onstage, and that’s exactly what we did so she is as happy as a clam. Her crib is covered with blankets with lamb chow sprinkled on top, plus her favorite chew toy, my old Docksider. Lambs chew on everything (the more dangerous the better as I have learned). I have trained my eye to see every possible lamb-chewable object and quickly be able to put it out of lamb's reach. So, if you ever need to lamb proof your house, you know where to go...

After the show ends, Edie will be adopted out to a farm where she’ll live out her days as quite a special sheep. Upon green hills, she’ll share her stage stories as the star of Sam Shepard’s play (at least that’s what she believes, and I just go with it; what’s the point of bringing a 3 week old back to reality?).

Whenever I explain Edie's schedule, they marvel: “She’s just like a baby!” Well... She is. She has a schedule for bottles, napping and exercise, I’m changing diapers multiple times a day (Picture it... Huggie’s new spokes-sheep: Edie, Sheep Stage Star.), plus, I'm doing everything I can to make sure that she has the best life she possibly can.

“How are you gonna let her go? Won’t you miss her?”

We shan’t be talking of such subjects at this moment... 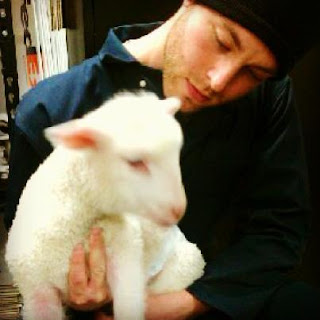 If you’re in the Connecticut area, come on out to see Edie’s one-time only stage debut! She’s a knock-out! Follow this link to Long Wharf Theater’s website for more information: http://longwharf.org/curse-starving-class

Also check out our interview with the New Haven Independent plus an exclusive look inside our dressing room: http://www.newhavenindependent.org/index.php/archives/entry/this_lamb_has_theater_chops#cmt
Posted by Sky at 8:03 PM No comments: